Containers are metal boxes of standardized measures that are generally used for the transport of goods by ships, by trucks and by trains. In some cases, however, thanks to some revisions and adaptations, containers are also used as accommodation.

Specifically, containers are primarily used for intermodal transportations. In other words, containers are used in all those circumstances where the goods, from the place of departure to the destination, using multiple means of transport but using always the same container. In this way are eliminated cargo damaged.

This lack of intermediate manipulations of the goods also guarantee a lower cost of transhipment between vehicles of different types and often ensures higher speed in carrying out the delivery, too.

Currently, intermodal transport primarily takes place through the aid of containers or by road semi-trailers. Containers, through the use of specific equipment such as cranes and overhead traveling cranes, are docked on special trucks, on rail cars or on the ship’s deck.

Instead, in the case of semi-trailers, which are used mostly for short-medium distance transport, delivery takes place by loading the goods on a road trailer to reach the nearest station. By train, the goods will reach the destination station and will be delivered to the addressee by road again.

The use of multi-purpose containers for freight transport was born in the United States after World War II. A man named McLean, as he waited for the goods on his truck was moved on board of a ship, he realized that would have been much faster and safely loading the entire truck body on the ship. His intuition was winning.

The advantage of using containers without having to move the goods to its destination, was soon considered very obvious. This new invention became common in maritime transport from the sixties especially for exchange of goods between America and Europe. In fact, containers offered several advantages: reducing the damage and cargo tampering, improvement of logistics operations and accelerating boarding and unloading.

Today, in any port of the world, it isn’t uncommon to see huge columns of containers ready to be shipped. Especially for traffic between the Far East and Europe, this mode of transportation is certainly the most important.

We have 40'STANDARD used in excellent condition and at very competitive price in Genoa/Arquata – Livorno – Padova in CW conditions and... 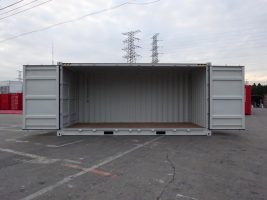 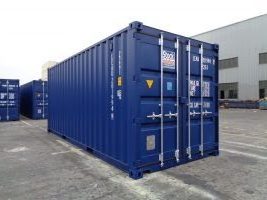 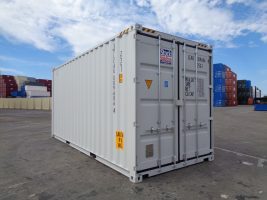 Sogese has limited stock of 20'BOX in Cargo Worthy conditions, at competitive prices, available in the depots of: Genoa - Port Limits...

Sogese has limited stock of 20'OpenTop in Cargo Worthy conditions, at competitive prices, available in the depots of: Livorno, La Spezia, Venice,...

We have 20 'STANDARD / 40' STANDARD / 40 'HIGH CUBE used in excellent condition and at extremely competitive prices. We have...

SOGESE has an immediate availability of 40’ High Cube containers, in Cargo Worthy condition with year of manufacture 2003/2007 compliant with ISO...

Speciale sale of 20′ and 40′ containers, limited availability at attractive price

SOGESE offers for sale 20’ and 40’ Containers in Cargo Worthy condition. Containers with ISO Standard international recommendations for the maritime and...

Our stock has been just enhanced with new arrivals of fresh second hand units available for lease and sale in Livorno, Milan,...

In our container depot in Livorno, Italy we can offer 50 x 10’ factory new units certified for maritime carriage, also extremely...

Directly from the factory – Year of production 2016. New design without middle post allowing smooth cargo handling in and out the...

Sogese offers for sale n. 40 x 20’ cargo worthy reefer containers with boxes in good conditions of wear and tear and...

Immediate availability for sale of 20 feet high cube containers one side fully open very fitting to handle warehousing operations, even when...

Immediate availability for sale of 40’ high cube containers equipped with two leaves doors on both the short sides of the units...

Excellence in waste management activities shall lean on intermodal solutions 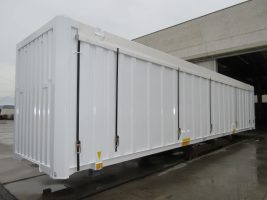 SoGeSe and the Christmas with Save The Children 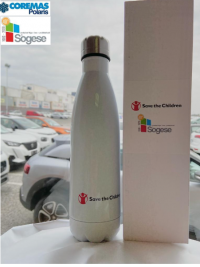